Indy was proud to be instrumental in the return (if only on a temporary basis) of the 1965 Indy 500 winner Lotus T38 from its current home at the Ford Museum in Dearborn MI to the UK for the Goodwood Revival Meeting.

The 1965 Indy 500, won by the legendary Jim Clark in the Lotus T38, was undoubtedly one of its most historic; it was the first time the race was won by a mid-engined car, a Ford engine, a British car and at an average of over 150 mph.

As part of the conditions of the Lotus/Ford partnership the winning car remained in the United States, but now returns to the UK as part of the celebration of the 50th anniversary of Jim Clark’s first World Championship at the Goodwood Revival.

The Revival is the world’s most popular historic motor race meeting and the only event of its kind to be staged entirely in the nostalgic time capsule of the 1940s, 50s and 60s.

The vehicle was shipped in a purpose built airline pallet designed specifically for the vehicle. 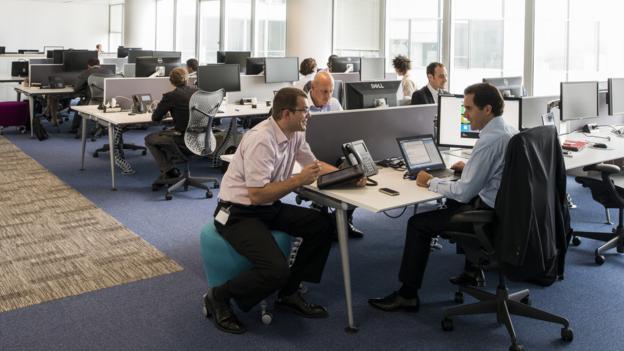 The 13th edition of The Dubai Office Exhibition, which ran alongside its new co-located partner event the INDEX International Design Exhibition, was officially opened on Monday 20th May and continued until Thursday 23rd May 2013.

Office 2013 hosted over 140 companies from 24 countries and attracted more than 5,000 trade visitors from across the Architecture & Design, Facilities Management, Retail, and wider business communities; seeking to source new products and services for their commercial interior design, fit-out and upgrade projects.

• The value of the Middle East region’s commercial interior design and fit-out industry is expected to exceed US$4.9bn in 2013
• In 2013, the entire GCC interior contracting and fit-out market will increase in value by 28%, from US$7.2bn to US$9.2bn
• The GCC continues to spend, on average, more money on interior contracting and fit-out elements of a construction project than its more mature counterparts in the US, EU, and Japan.
Source : Ventures Middle East GCC Building Construction and Interiors Overview, March 2013

“We launched two products this year, both of which won ‘Best in Category’ and ‘Honourable Mention’ in this year’s awards. This was our first year exhibiting at the show and we found the traffic to be very good, we have had a very positive response.”
Ryan Menke, Senior Vice President International Sales, OFS Brands.

Comments Off on Office 2013 Post Show posted in: News

The Office Exhibition rebranded as workspace at INDEX

The Office Exhibition, the premier trade show for the commercial fit out and commercial interior design industry in the Middle East, has a new name, workspace at INDEX.

As the largest a

nd longest running interiors and design show in the Middle East, INDEX attracts the world’s leading interior designer brands and exhibitors as they compete for their share of the GCC’s US$9.2bn interiors and fit-out market across residential, hospitality, and retail sectors.

“This change in identity for Office is a very positive step and sharpens our focus on the expectations and demands of exhibitors and trade visitors,” said Frederique Maurell, Group Event Director – Design at dmg events. “The new workspace at INDEX brand confirms and strengthens the exhibition’s strong links to INDEX, and the natural synergy between the two concepts is evident.

The decision to run the two shows simultaneously, with commonality of branding, was taken in direct response to the feedback received at this year’s shows. In 2013, a quarter (24 per cent) of all INDEX visitors also attended The Office Exhibition and 27 per cent of our visitors were interested in commercial design products. Together, these two shows create the region’s number one destination for interiors; delivering the very best and the very latest in interior design solutions across all market segments. This realignment will help us to expand the commercial interiors event and its product offering and illustrate that the new workspace at INDEX show is about much more than just office furniture.”

An exhibitor at the recently concluded The Office Exhibition 2013, Marco Molinari, Executive Vice President, HNI Corporation and President, HNI International, said: “The Office Exhibition 2013 continues to be an important venue for HNI Corporation to effectively access clients and key influencers in the region. It is professional, growing and well organized and attracts international attention and participation.”

Comments Off on The Office Exhibition rebranded as workspace at INDEX posted in: News